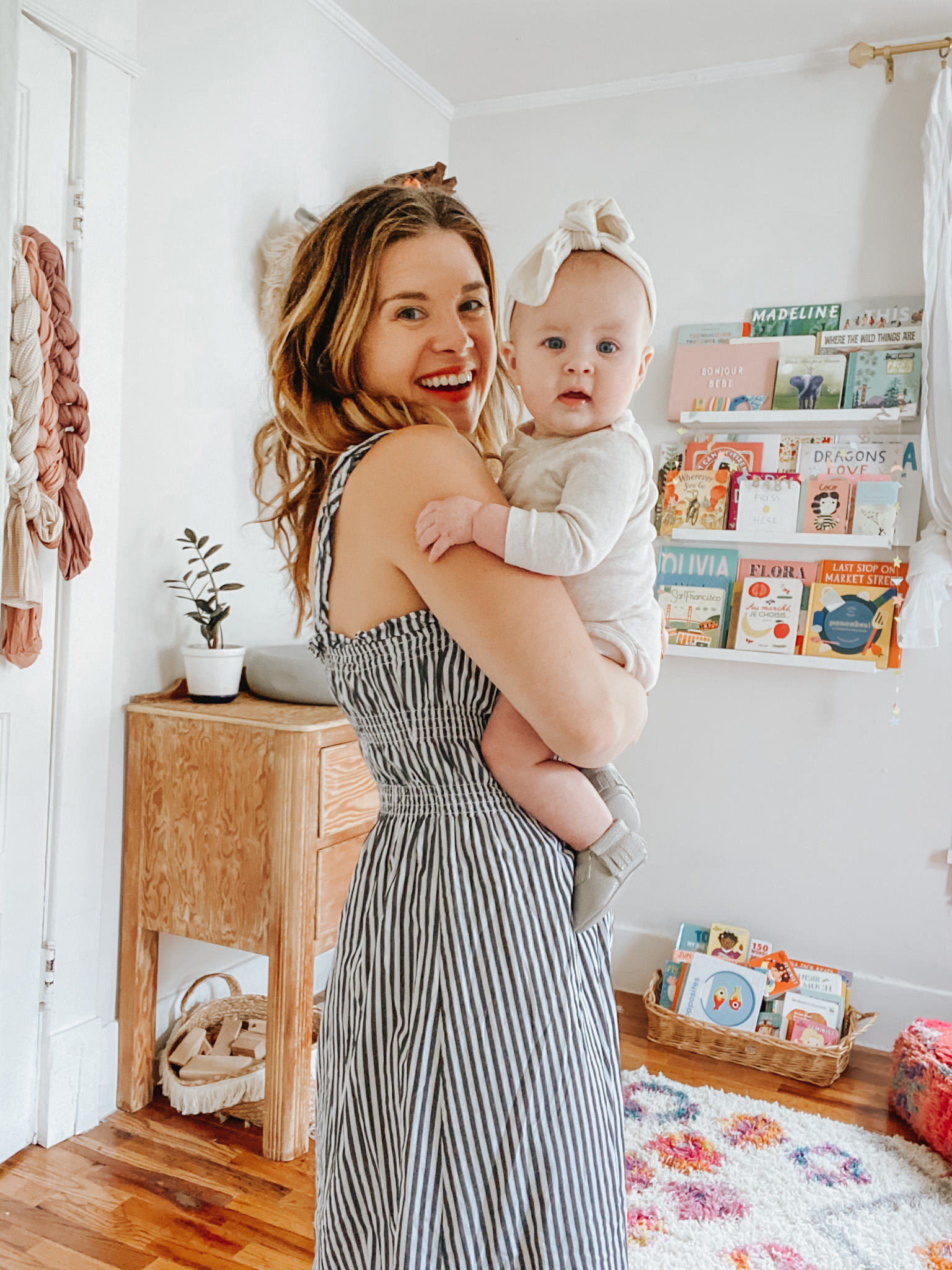 16 shares
I’m proud of the mom who, in a postpartum haze, booked herself a counseling appointment. who loaded up the car with an overstuffed diaper bag and a one-month-old baby and walked into the session to get help.

I’m proud of the mom who trusted her instincts. who didn’t follow one way of “doing things” but did what felt right for her and her family. who accepted who she was and who she wasn’t — that she isn’t a “make your own baby food” kinda mom and that’s perfectly okay.

I’m proud of the mom who started grad school with a three month old baby. who did assignments and class projects in between nursing sessions and during nap time for a year and a half. who graduated with her Master’s degree when 8 months pregnant with her second daughter.

I’m proud of the mom who fully embraced motherhood, but didn’t let that stop her from being an involved, encouraging, and loving friend, wife, daughter, sister. who let motherhood transform her but didn’t let it take away from other important parts of her identity, too.

I’m proud of the mom who functioned off a couple broken hours of sleep for months. who Googled ‘how to get the baby to sleep’ at 2am and read books about potty training and listened to podcasts about temper tantrums. who, deep down, knew that even though it often didn’t feel like it, she was doing a good job.

I’m proud of the mom who walked into her first parents yoga class with her new baby and dropped her toddler off at school for the first time. who navigated completely new situations and environments, even when it was overwhelming and scary. who put herself out there.

I’m proud of the mom who launched two new business offerings with a toddler and one on the way. who decided that even though she didn’t know what she was doing, she could figure it out. who did the “stay-at-home mom while working from home” juggle even when it was hard.

I’m proud of the mom who, at other times, said no, even though she’s a natural “yes person.” who set boundaries with herself and with others. who learned to be okay with disappointing others and worked to not align her worth with what she does or what people think of her.

I’m proud of the mom who moved across the country and started over in a new city. who left behind a city she loved and a tight knit friend group for a new chapter.

I’m proud of the mom who went in public alone with two kids for the first time. who was sweating as she buckled tiny girls into car seats, one crying and one whining. who exhaled after the trip — she did it!

I’m proud of the mom who went on countless flights alone with her baby and then toddler (and often dog too!). whose hands were full with suitcases and strategically packed bags. who walked circles around the airport during delays and up and down the aisle on long flights soothing a cry baby, ignoring the rude comments and stares from strangers.

I’m proud of the mom that ditched the to-do list to spend hours building block towers and putting puzzles together and playing dress up. who didn’t accomplish much at the end of the day but did arguably one of the most meaningful things you can do — invest in and care for a child.

I’m proud of the mom who was brave and strong and calm while a tornado ripped through her neighborhood. who nursed her three week old baby on the bathroom floor while whispering to her toddler that it was going to be okay. who kept it together for little eyes watching her every move.

I’m proud of the mom who asked for help. who admitted she couldn’t do it all and acknowledged she was a better mom when she leaned on other people for support.

the mom is me. it’s so easy to forget all the ordinary and extraordinary things we’ve done, when we’re right in the thick of it. I hope you take time today to recognize and be proud of who YOU are as a mother. 💛