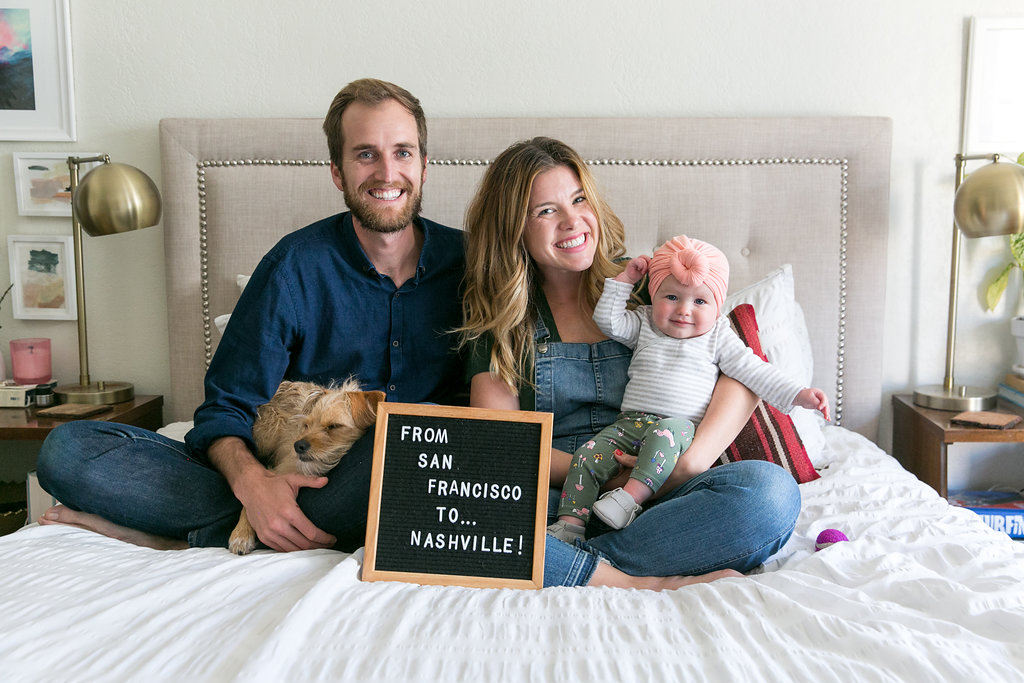 Life update! We are moving to Nashville! 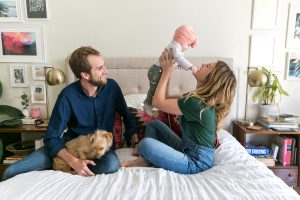 So, a little backstory on the move: I lovelovelovelovelove San Francisco, but didn’t ever think SF would be my forever place. When I first moved, I gave myself two years and told myself I would re-evaluate after that. Nope, two years wasn’t enough (not even close) — some of my very best friends had moved here and I met Eric and tons of other friends-turned-family and the city just felt like home. At that point, I always said that leaving San Francisco (when and if I did) would be the hardest decision I’d ever make.  I hadn’t really thought of leaving again until after Lucy was born. Then, we decided we would most likely leave San Francisco proper before she entered preschool (and not because of the lack of space…mostly because the preschool +  public school lottery system in SF is bananas and because I want my children to hopefully grow up close to family). We didn’t know if that would be somewhere else in the Bay Area or elsewhere. We weren’t looking to move right this second, but Eric recently got the opportunity to relocate to the Lyft office in Nashville, where most of his team works. It sort of just felt…right. Of course, it’s scary and weird and overwhelming and emotional, but also, good. A new chapter and adventure. Closer to my fam and lots of friends in the Midwest/East Coast. More space and a yard (!!) and laundry. A new city and part of the country to explore! We are going into the move not knowing if Nashville is our “forever place” (as we want to live abroad for a year and eventually be closer to my fam in Ohio), BUT excited for what’s to come with this move! 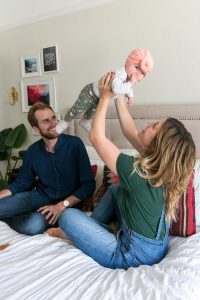 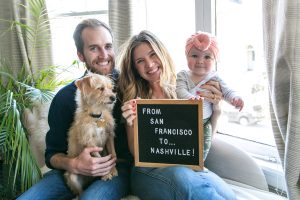 We’ve visited Nashville a ton because Eric travels there a lot for work, so now we’re just figuring out where to live based on neighborhoods we like, and managing the moving-related logistics. We’re actually moving a lot faster than we’d like (on September 7th), but strategically planning it so the movers come get our stuff a few days before we fly to Europe for vacation. Since we’ll be in Europe for 3 weeks, we’re going to have our stuff moved out while we’re gone (since it will take 2-3 weeks) and then we’ll to pick up Jack in LA (OBVIOUSLY) and fly to Nashville. We felt that coming back to SF after vacation and then immediately turning around and moving to Nashville would be really difficult emotionally, logistically, etc. We’re sort of “ripping off the San Francisco band-aid” all at once, so we can get all the move stuff done and then truly unwind and chug copious amounts of wine ? in Europe to drown our sorrows (#kidding). But, we think timing the move this way will be a really good to start fresh in our new home post-vacation. ☺️

As you may know, I’ve lived in San Francisco for almost 7.5 years, and moved here right after graduating college. I didn’t know anyone, I hadn’t ever been to SF / California / west of Arkansas, but decided to take the leap and move. While I’m really excited for a new chapter and adventure with my crew, it’s also really really hard to leave SF and very bittersweet. I’m working on a separate post reflecting on my experience here. Just working on putting my feelings into words…but stay tuned for that. <3

I wanted to share a blurb I wrote on my blog in March 2011, as I was about to graduate college and move to San Francisco.

“Although I’m excited for new changes and transitions, it is a little scary. Rather than surround myself with fear of the unknown, I will surround myself with hope and excitement. I wouldn’t be who I am without the last four years, and I probably wouldn’t be looking for the same future opportunities I’m pursuing now. This has been such a key time in my life to grow up and grow into the person I was created to be.”

29-year-old me doesn’t have a ton more to add on to what 22-year-old me shared in that post. ? I’m scared and nervous and worried and so sad about leaving San Francisco, but also hopeful, excited, grateful and optimistic about what’s to come in this next chapter.

P.S. I asked my good friend Tory to snap some photos in our apartment to announce our move and because we don’t have any family photos with all four of us! ??????? I’m so glad we have these to remember this little apartment where we started our family. Check out Tory’s portfolio here – she’s the best. ? 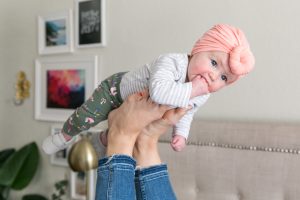 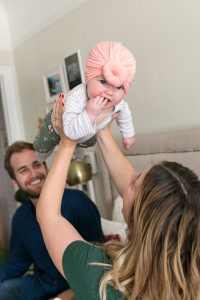