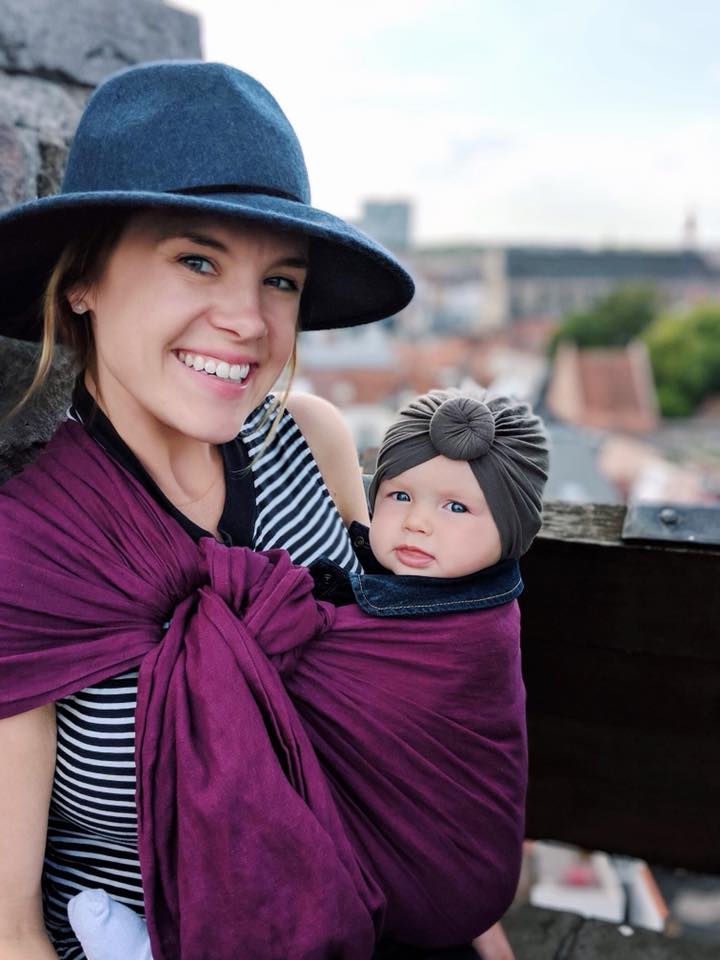 Today is my thirtieth birthday! Wow that feels weird to type. 30 feels like a big one.

This time last year, I was anxiously awaiting Lucy’s arrival and had just wrapped up a fairly stressful two year contract working at Facebook. The year before that, we spent the day in wine country (and adopted Jack a few days later). The year before THAT, we were in Mexico! In my early 20s, my birthday was spent dressing up and going out with friends for way too many cheap drinks. I still remember celebrating my 21st birthday in college (that feels like another ‘milestone birthday’). How was that 9 years ago now?! how am I the same person I was then, but…so very different?

This year is very different. I’m in a new city, in our new house, and typing this while my new baby takes her morning nap. there will be way less drinks (other than coffee, obv). Looking back, I couldn’t have predicted what being 30 would look or feel like. but, here we are! 😜

I spent my early 20s finishing up college in Ohio and doing the ‘typical’ college thing – late nights out, early morning reminiscing on the night before, cramming for exams, trying to figure out what my life beyond college would look like. when I was 22, I moved across the country to California, which feels like a really defining life choice. The rest of my early 20s were spent exploring my new city, wandering the hilly streets of San Francisco, going on sunrise hikes, meeting new friends, and starting the whole ‘real job’ thing. I was single the entire time – sometimes I was very okay and content with that and at other times, I felt frustrated, disappointed and not good enough. I wasn’t making very much money during my early 20s, but that didn’t really bother or affect me — I chose to make the most of what I had and still enjoyed myself and had a very FULL life. In my early 20s, I learned to be brave, to enjoy and appreciate my own company, and to say YES to life.

I spent my mid-20s (I guess I’ll define ‘mid’ as 24-27ish?) adventuring and exploring. I went on trips to Lake Tahoe and Yosemite and Big Sur and wine country. My friends and I would go to brunch or go out at night in different areas of the city and it seemed like we were always doing something new and exciting. I also was doing a lot of work travel for the first time — to NYC, Denver, Austin, LA, Barcelona. Part of the reason for all of the adventuring was because I met and started dating E — who seemed to always be down to leave town and explore. We met when I was 24, got engaged when I was 25 and married when I was 26. Looking back, THAT SEEMS SO YOUNG. But, each person/couple’s timing is their own. Perhaps the biggest adventure was navigating how to be a good girlfriend/wife in my mid-20s, while simultaneously juggling my other roles as daughter, sister, friend, colleague, etc. It was definitely an adjustment! In my mid-20s, I developed a passion for travel/adventure, and learned to be vulnerable, to be open to possibility, and to love in a new way.

My late 20s were my ‘married days’ and this phase of life was so fun, but in a different way than my early 20s. We continued to travel a lot and made a new tradition to do a big vacation every September (in 2016 we did London + France, in 2017 we did Italy + Greece, in 2018 we did Amsterdam, Belgium and France). We adopted Jack. Then, in May of 2017, I found out I was unexpectedly pregnant and everything seemed to change. Through my early years of marriage, I learned to not just make decisions and think of myself, but to think of Eric too. Being pregnant was a whole new thing of caring for and loving someone else, who I hadn’t even met yet. The highlight of my late 20s was, of course, becoming a mother to Lucy. At the end of my 20s, we also moved to Nashville, which has been a whole other adventure and very big life change. Clearly, this past year, with Lucy’s birth and then moving to Nashville, has been especially eventful and transformative. In my late 20s, I learned to trust myself and my own instinct, how to put other people’s needs above my own, and how to look at the world in a new way — through the eyes of a child, full of wonder and joy and goodness. And I learned to love once again in a way that I didn’t even know was possible. 💛

When I was 22, I wrote this blog post called ‘dear younger me’ where I shared advice for my younger self (like high school / college age self). Reflecting on my 20s, a lot of the advice I gave myself then still applies as I’m looking back now, 8ish years later. Because I’m a sappy and reflective person, I wanted to share a few more pieces of advice for ‘younger me.’ A few of the original pieces of advice I wrote when I was 22 are also included (in italics) that still seem really important to remember. ✨

I started this little blog during college and it’s been such a gift to have my own little corner on the Internet to share and vent and reflect and hopefully, sometimes inspire. ⭐️The blog used to be called Polish My Crown, then changed to Lucky Andi to match my social handles. I’m really grateful that I’ve been able to document almost all of my 20s on this little website of mine. So much has changed in the last ten years of life, but one constant has been my blog. Throughout the almost ten years of blogging, I’ve shared a lot (like 6 posts a week!) and other times (lately) it’s been one post a month or so. I’ve spent a lot of today reading through old posts I wrote, and feel like I’m learning more about myself in a strange way by doing so. I’ve grown and changed so much, but I’m really proud of the young lady in her early 20s who started this blog and all she’s accomplished and achieved. Most importantly, I’m proud of who she is as a person now, just by being herself. 💛

Thank you for reading! Bring it on, 30s!